I am never happier than when putting one foot in front of the other on a path deep in beautiful countryside.  So, a major part of this trip is about seeking out special hikes in the countries we visit.

The Quilotoa Loop in the Ecuadorian Andes is one such spectacular walk.  It’s unofficial start is in the busy, utilitarian town of Latacunga an hour or so south of Quito.  From here a 200km road, in various states of repair, winds around the Andean highlands.  Dotted along the way are mountain villages and the prize at the end – or the beginning depending on which way you walk – is the impressive Quilotoa crater lake created by an eruption of the volcano many thousands of years ago. We decided to have the crater as our reward which meant a height gain of over 1000m from Sighos at 2800m to 3840m at Quilotoa.  Made all the more energy sapping by the valleys and canyons we would have to negotiate between the two places.

On Sunday morning we took the local bus from Latacunga to the small village of Sigchos.  We arrived at midday after two hours following the winding roads through cloud forest, we settled our small but well filled day packs on our shoulders and set off for the first leg of our hike.  Our destination was Isinlivi 14kms away.  We had vague route notes supplied by the hostel in Latacunga but they were distinctly unhelpful and as we couldn’t find the smaller tracks we ended up walking the majority of the way on the dirt road, being enveloped in clouds of dust as trucks and buses passed by.  Not quite what we had hoped for, but the terrific views down vibrant green valleys, brief conversations with children from the indigenous tribes and the llamas and donkeys we passed along the way more than made up for it.

We stayed in a fantastic hostel, Llu Llu Llama for two nights.  This was the view from our balcony and we even had a view from the shower!

On the second day we did a 10km walk, there and back, to the next village, Guantualo, as it was market day.  Again, much up and down, but there was the reward of freshly cooked maize cakes and a welcoming community.

The far ranging views were stunning though on some hillsides roads had been cut through leaving ugly scars.  On the top-left photo you can see Isinlivi in the distance – at this point we were only half way to Guantualo!

We met people bringing their purchases back from market .. 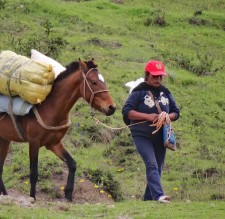 The following day we did a magnificent 12km stretch in glorious sunshine to Chugchilan.  Deep verdant valleys, wide river beds, pasture and fields full of maize.

After a good nights rest at Mama Hilda’s lodge in the village we tackled our longest and hardest day.  We would walk for 11.5kms to Quilotoa from Chugchilan at 3200m to the crater rim at 3840m.  Not such a daunting prospect except for when you see the canyon that lies between the two!  This picture is taken from Mama Hilda’s. See the little peak on the far right side?  That’s where we are going!

We walk down a bit towards the canyon and spy the faint zig zag trail that we shall be walking up ….

…. but first we have to go down more, cross a rickety bridge and then go up and up until we reach the top – at this altitude even at a slow, steady plod our pulses are racing, but at the top we rest and absorb the splendid view back to the village of Chugchilan. 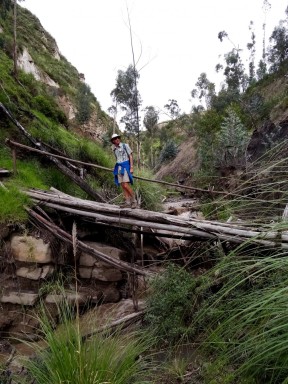 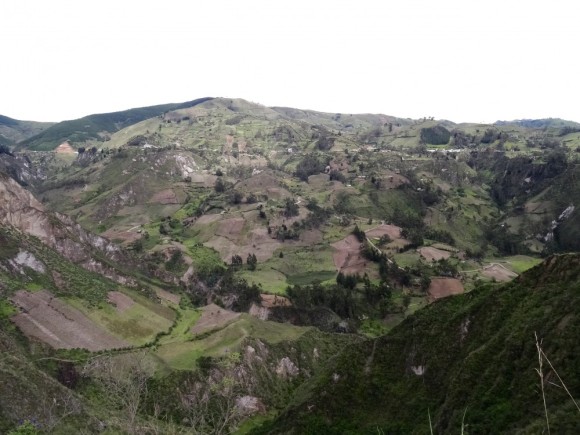 It’s then just several hours of ascent through a village, along rutted paths, up through pasture land to our reward which we reach just 20 minutes before the cloud descends and obliterates the view.  The cloud and the altitude make it chilly!

It’s another few kms around the rim to get to the settlement of Quilotoa.  It’s an uninspiring village and it’s raining heavily by the time we arrive so anywhere that has hot food and a bed is welcome! 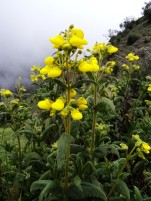 and the surrounding countryside …

and some of the inhabitants 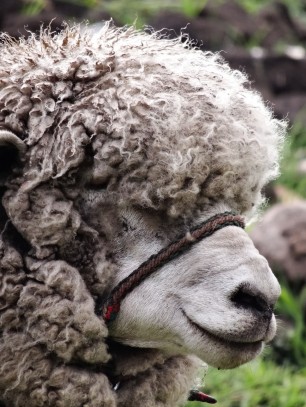 It was a breathtaking walk – in all senses of the word! 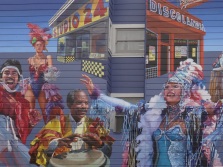 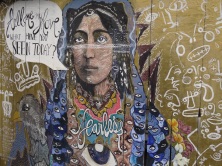 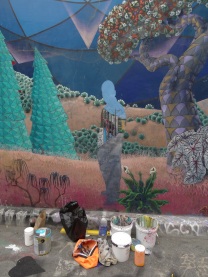 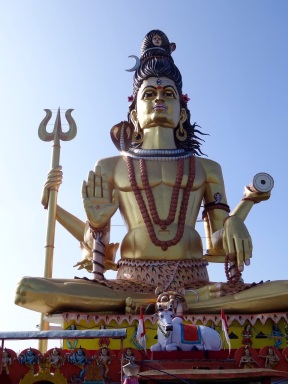