Who can honestly say they don’t like chocolate? What is it about this dark bean that begins its life in hot steamy jungles and ends up wrapped in beautiful packaging in stores around the world? Apart from tasting damn good, this sweet, melting delectation has many other qualities; these are just a few:

It contains over 300 chemicals including vitamins and minerals
It is a good source of antioxidants.
The chemical phenylethylamine which is released naturally in the body when you fall in love and is considered an aphrodisiac is found in chocolate.
Just the smell of chocolate can induce relaxation as it reduces the theta activity in the brain.
It contains dopamine, a natural painkiller and serotonin which produces feelings of pleasure.

Our love of chocolate results in the consumption of 7kg per person each year on average, which contributes to the £4 billion chocolate industry and this is just in the UK. Staggering figures.

Nicaragua is now the biggest producer of cocoa in Central America, harvesting 5,800 metric tons last year, 60% of which were exported while the rest was consumed domestically.  The country wants to capitalise on the voracious appetite the world has for this “fruit of the gods” as the ancient Mayans called it and cultivate more of their fertile hectares to the crop.

I have never given much thought to the production of chocolate, so to have the opportunity to see the raw, simple process deep in the jungle of Nicaragua was not to be missed.

We had seen cacao trees throughout our travels in Nicaragua, but this was not the time of year for harvesting so we didn’t see the large ripe yellow pods which can be as large as a rugby ball.  At this stage they are cut open with machetes and the white pulp that contains the beans is scooped out. All this is then allowed to ferment for several days which helps to develop the flavour of the chocolate. The beans are then laid out in the sun to dry. It was these dry beans that we found roasting in a pan over an open flame when we arrived at the simple wooden house where “mama” got us involved in the process. 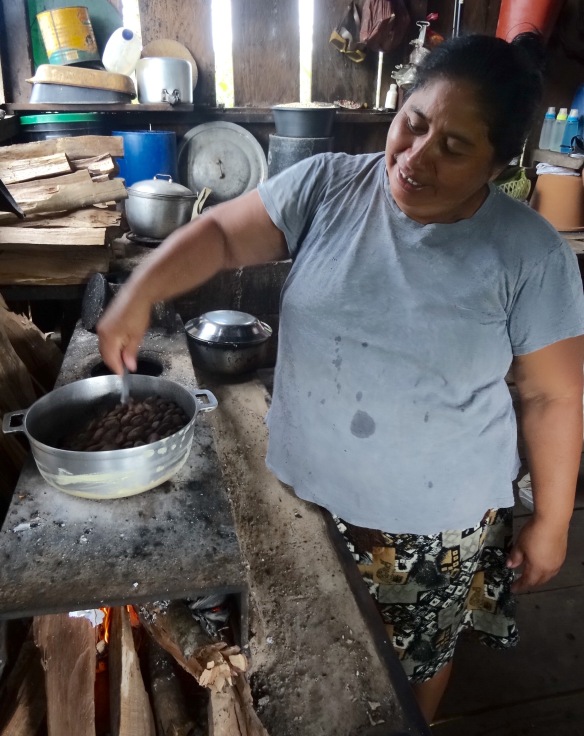 Though still hot we began cracking the now brittle shells to reveal the shiny cacao nib.

These were then ground by hand to form a fairly coarse powder …. this is when the smell of chocolate really started to permeate the rustic kitchen. 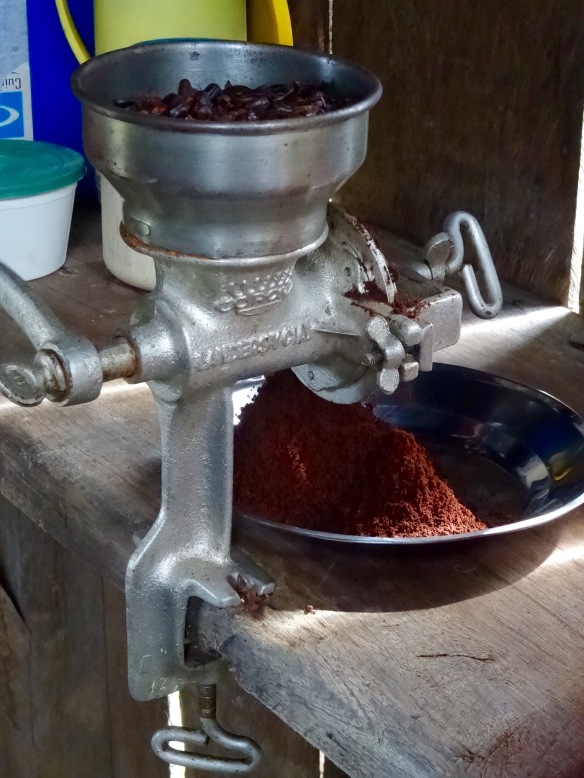 The powder is added to warm cows milk together with a couple of heaped, large spoons of sugar. It was brought to a rolling boil for 10 to 15 minutes and the liquid began to reduce. 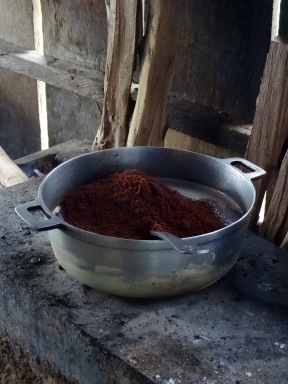 When the mixture began to form a ball in the pan it was tipped out on to a clean surface and spread around to cool.

Form in to your desired shape …. 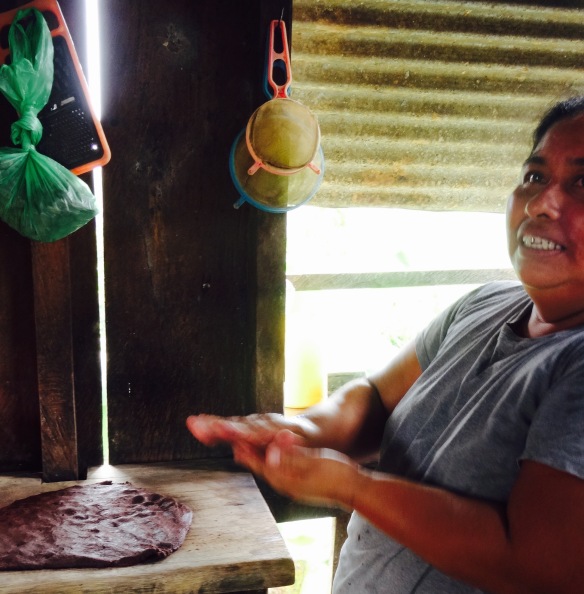 and view with pride and longing! They tasted amazingly good.